Therefore, turning on MFSU can significantly reduce the time required for hot updates. In production mode, you can also greatly improve deployment efficiency by compiling dependencies ahead of time.

Take the ANTD-Pro initialization project as an example:

As the number of dependencies increases, the improvement will be more pronounced! 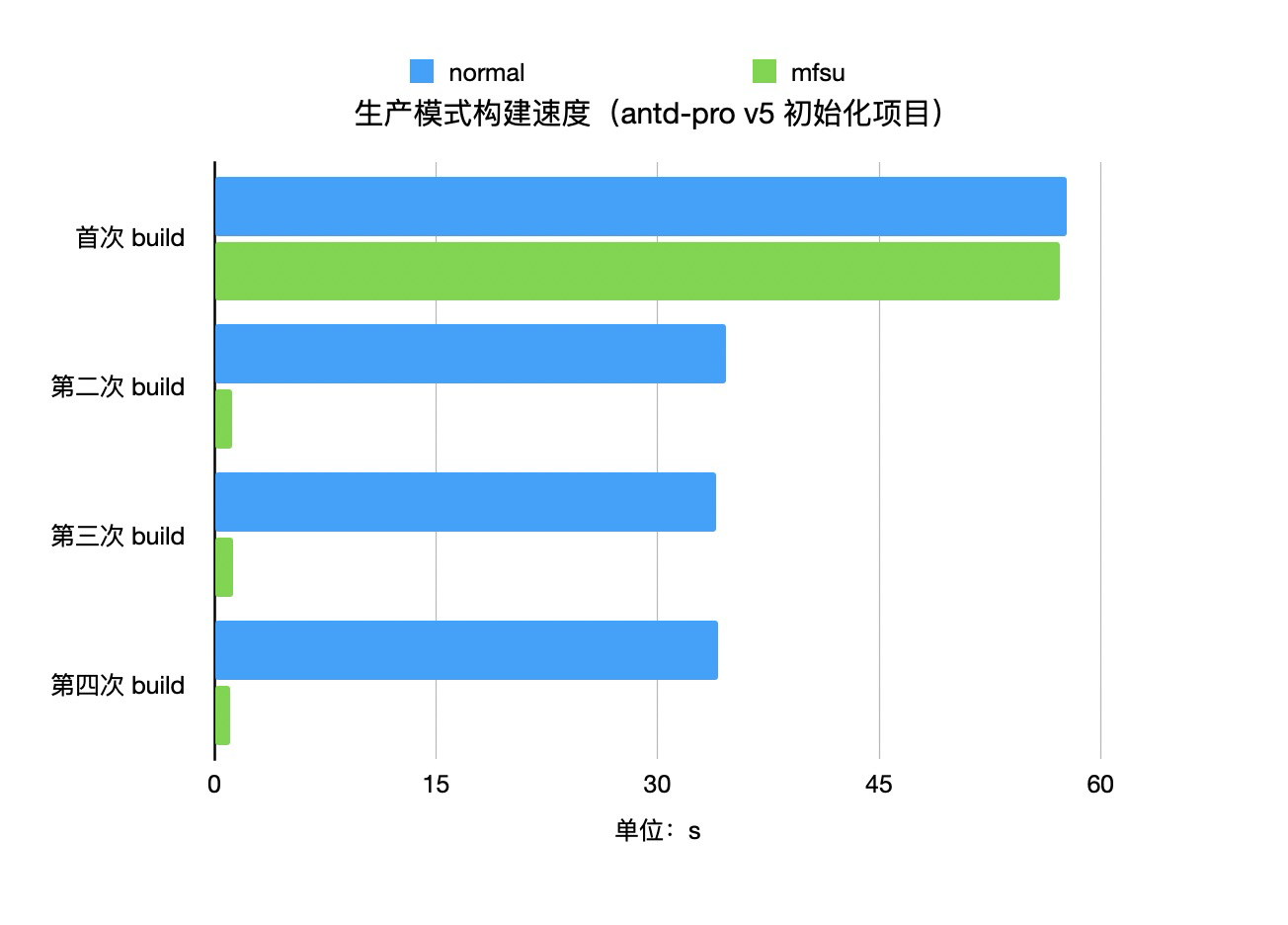 When the MFSU production mode is enabled, it is recommended to complete the precompile process in the local environment and synchronize the product to Git, which will increase the deployment speed on the server by about 30!

Due to unstable equipment performance, there may be partial error in the test.

warning: Since the precompiled dependencies implement part of Tree-shaking, it is not recommended to enable production mode in a package size sensitive project.

Did I turn on MFSU correctly?

To get the best out of MFSU, all dependencies should be precompiled.

It is recommended that you check if the project dependencies are fully overwritten by the MFSU when you first start up. We can use Umi's own Webpack-Analyze for dependency analysis.

MFSU already has perfect support for ANTD-Pro and Dumi. Enabling MFSU in the default ANTD-Pro is as easy as using it in any other project:

2. react: Invalid hook call. Hooks can only be called inside of the body of a function component

MFSU precompiles import and import() dependencies. If a project exports a copy of React from precompile and node_modules at the same time due to some unexpected syntax, there will be a multi-instance problem with React.

Because of the Hooks implementation mechanism, React will throw errors.

When the project is started in ANALYZE=1 umi dev, you can determine whether the project introduces React in node_modules. If so, you need to try modifying the import statement.

3. React-router-dom: You should not use <Link> outside a <Router>

Umi is a dynamic definition that consists of fixed exports and plugins, so it cannot be precompiled.

Inside MFSU, this problem was solved by a Babel plugin babel-import-redirect-plugin that redirected the Link exported from umi to react-router-dom.

If you encounter this problem, try ANALYZE=1 umi dev to ANALYZE the dependency source.